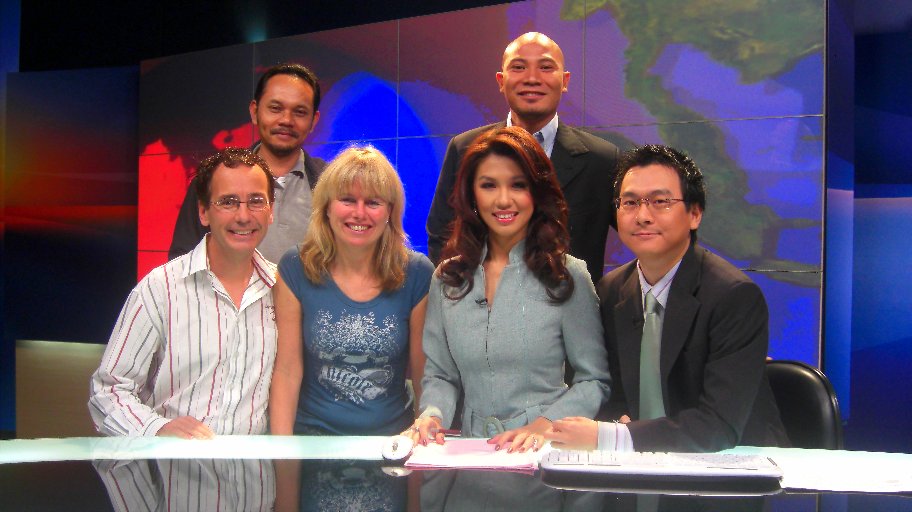 During my stay in Jakarta I was unexpectedly contacted by the producer of the RCTI tv show Nuansa Pagi. He asked me to appear live in the studio, and he also wanted to send a TV crew to my hotel. You can watch the resulting video below. It was broadcasted on RCTI television on 25th of october 2008. RCTI is one of the largest nationwide television channels in Indonesia, also available on cable in Malaysia and Singapore.

I was picked up from the hotel at 5 am with a car of the program Indonesian Idols 🙂 . After arrival at the RCTI studios I had a short meeting with the producer and his staff, and after a coffee it was time to move on to the studio to meet the presenters of the program, Joice Triatman and Michael Tjandra. RCTI had prepared the program very well, as you can see on the video.